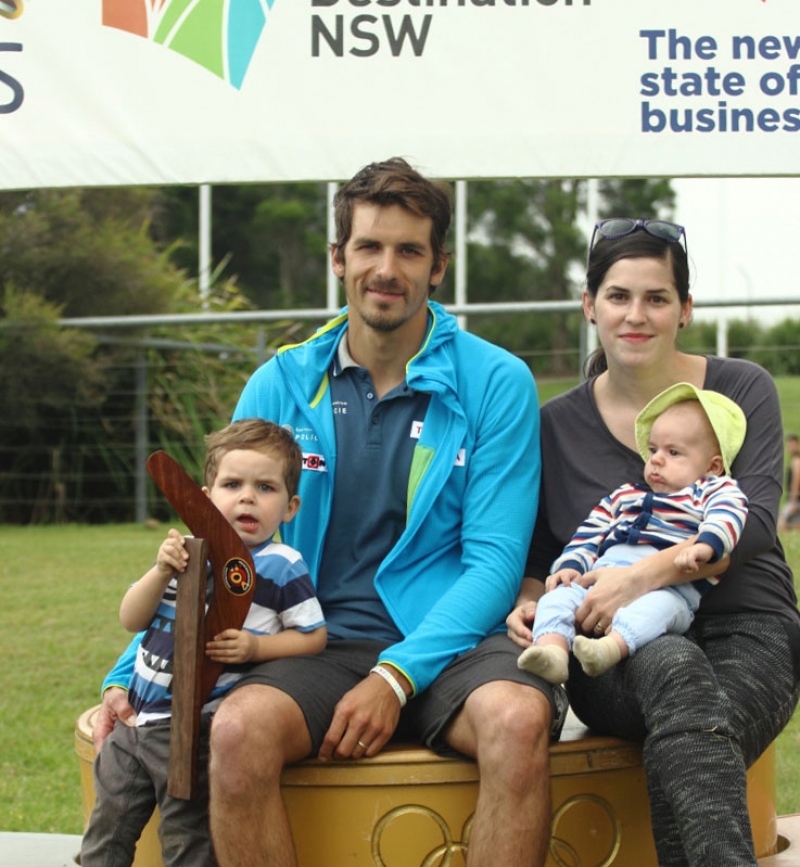 Matej Beňuš has water in his blood. His mother competed in water slalom and afterwards she worked as a coach so already as a baby he spent much time by the water. ,,I competed in my first race when being about the age of eleven. I first rode kayak and canoe, " tells Matej.

But it was not clear that he will be water slalom competitor. ,,In elementary school I practiced handball, football... I didn´t like water too much, so parents had to force me. Now I am thankful them for it.  If competitions are in neighboring countries such as Czech Republic, Poland, Slovenia, Germany, they come to look at me."

,,But we don´t speak about the water at home," says father of two and half year old Simon and nearly five-month Tobiáš, who ,,paddles” for some time between training and home obligations. Wife Ivana often misses his helpful hands. ,,My wife is a hero for all she is catching up with the two children. But grandparents help us very much."

That is why the whole family travelled to Australia for training and racing this winter. ,,After practice I took Simon at the lake," says Matej. Is he educating future slalom competitor? ,,We want to keep him broadly, I would be happy if he would also played on a musical instrument. We want to let him alone to choose what will be fun for him."