Goal at Europeans is breaking the curse 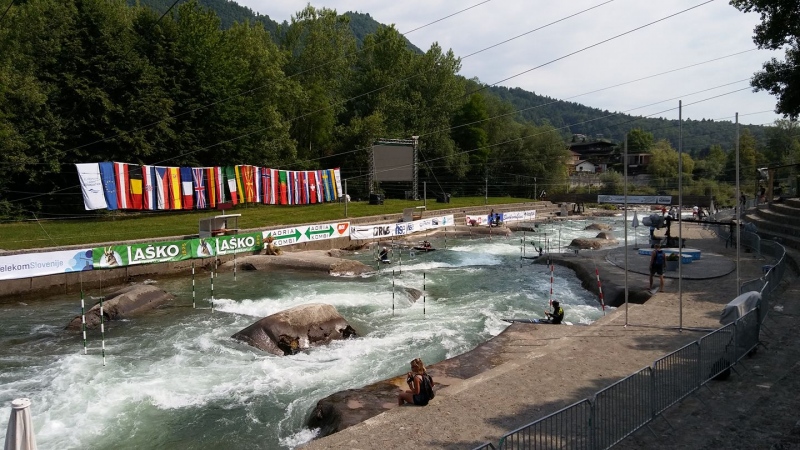 After being awarded Olympic silver medal in Rio de Janeiro, Matej Beňuš is on the verge of a “proper” competition in white water slalom. Long months of hard work are behind him and now he’s got the opportunity to compete with rivals from Europe, as the continental championship is coming up in Tacen, Slovenia. He will take part in qualifying on Friday morning, while the semifinals and finals are planned for Friday. C1 team event is coming up on Friday afternoon.

“I’m looking forward to going to Slovenia, I have already been there like four times this year. Finally there is a big race coming up. I have competed there quite a lot since we’ve been going there for years and we know Tacen notoriously. It is a little bit unpredictable as there’s a big jump a few seconds after the start which sometimes works out very well and sometimes not. A lot depends on it,” said Matej on the day of his departure to the Europeans.

Even though Matej has a lot of starts at the Europeans under his belt, he still loves competing on this stage. “I’m going to my ninth continental championship, but this kind of event doesn’t get old. I still don’t have an individual gold from the Europeans, so the motivation is clear. I have already been second and twice third, so I’m going to fight for the most precious metal of all,” reveals one of the best canoeists in the world.

In Slovenia, he’s hoping not only for his first gold in C1 category but also in breaking the curse of the local course. “The atmosphere in Tacen is always great and I love to race there. I have had bad luck so far because I don’t have a medal from a major event there yet. I have broken the curse in Prague last year, hopefully this time I break it in Tacen too,” believes Matej.