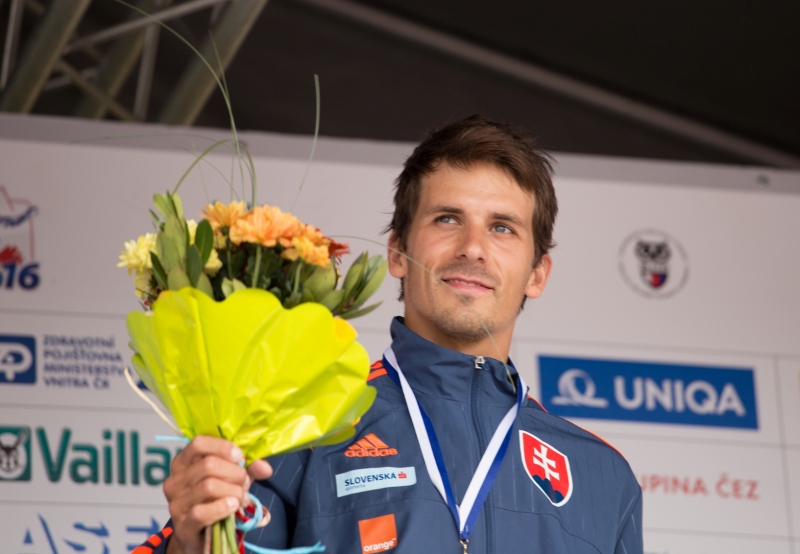 Matej has finally broken the spell that followed him in Prague. Despite many paddling achievements, Matej Beňuš did not have a medal from this particular World Cup race. However, the situation has changed today. Firstly, he qualified from the semifinal to the final without any hesitation and then performed very well in the finals. Because of many obligations and duties after he came back from Rio, he didn't have that much time for training before the race.

,,I do not understand how, but perhaps I didn’t feel any pressure to perform after the Olympics and I was able to enjoy this race. Even though I did not train as much as usual before this World Cup race, I felt vey good on the water and that was enough to win here,” said Matej Beňuš. He finished in the first place with a time of 98.91 seconds, without any penalties.
,,Finally, I broke the spell," smiled Matej. He celebrated his victory with his wife, two sons and parents. Next week he will race at the final World Cup in Tacen, Ljubljana in Slovenia. ,,I had no big goals for these last two races of the season, I just wanted to have fun. And if I qualify for the finals, then bring a medal. Tacen is very similar to Prague in that sense that I have made it to many finals there, but I have never medaled. I am hoping to do so this week. But regardless of the result, I am satisfied with the ending of this racing season."
Share:
Back