Firstly on the castle, then on the beach 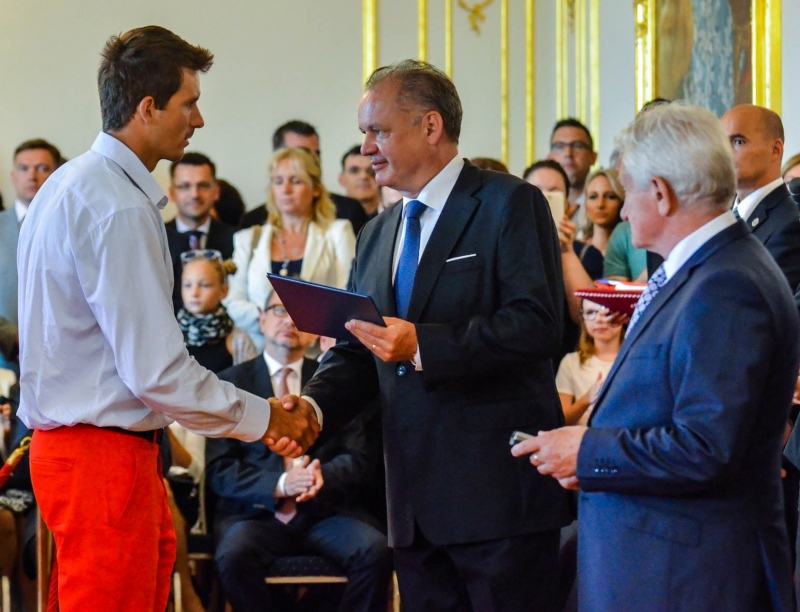 Last hours before the important departure to Rio spent Matej Beňuš already in the Olympic style. On Saturday mornings, together with the whole Slovak Olympic Team, he met the Slovak President Andrej Kiska to get sworn in to be part of the Olympic Rio Team. ,,I wish all of you achieve, what you desire, " said President to the sportlers.

Matej took the decree and the Olympic insignia from the President for the first time over. ,,It was definitely a nice experience," he said after promising. Matej also mates some interviews with journalists and later gave autographs to those who were interested on the Magio beach by the Danube river.

,,On Sunday early morning we fly to Rio. I can now take more baggage. Surely I take some nutritional supplements and also I take a few things to fix the ship, just in case, if something go wrong with it." However, Matej favorites t-shirts and shorts stay at home. ,,I can only wear Olympic clothes," smiled Bratislavan.

For the race of his dreams, is he ready. ,,I just stick the Olympic stickers on the boat, paddle and on the helmet. The remaining trainings I will just tune my form. The trainings will be shorter, I will be not so tired,” describes Matej his next days, which he will spent in the Olympic Village. ,,It will be something new, there will be many athletes from around the world. I look forward to the atmosphere.”