In Liptovský Mikuláš expected he Europe 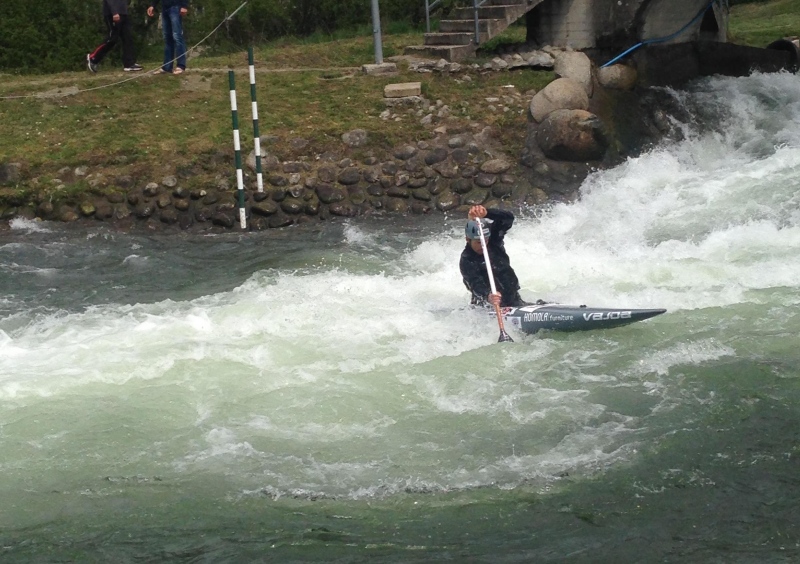 He paddles without a break. As soon as Matej Beňuš returned from the Brazilian Rio and have some rest in home Bratislava, he traveled with his family to preparatory training to Liptovský Mikuláš. There will be from 13.th to 15.th May the European Championships in Slalom and Matej is pleased that he will compete finally properly.

,,I look forward to the race, because I took part on the last race more than two months ago. I must admit that I miss the atmosphere of the competition. This year I travel a lot of and I train a lot of. But for the success of the Olympics, however, I sacrifice everything. I did not prepare for this race much, i am in Liptovský Mikuláš first time this year. I look forward to because at these race is always a great atmosphere," said slalom competitor.

Thirty grades, which he enjoyed in Rio, are very far. ,,The water is cold! Plus, it's not much water in channel, so it is ruining my boat and paddle," said Matej. His preparation for the race consists of one or two training sessions on water a day, according to the official schedule. ,,And I go even jog," he adds.

Matej thinks, that it is already everything prepared for the championship. He wants in Liptovský Mikuláš present his best form and he knows, who are his most rivals. ,,Michal Martikán and Alexander Slafkovský are on this water at home. Both of them I considered as the main favorite for medals, one of them, I think, will win this championship.”