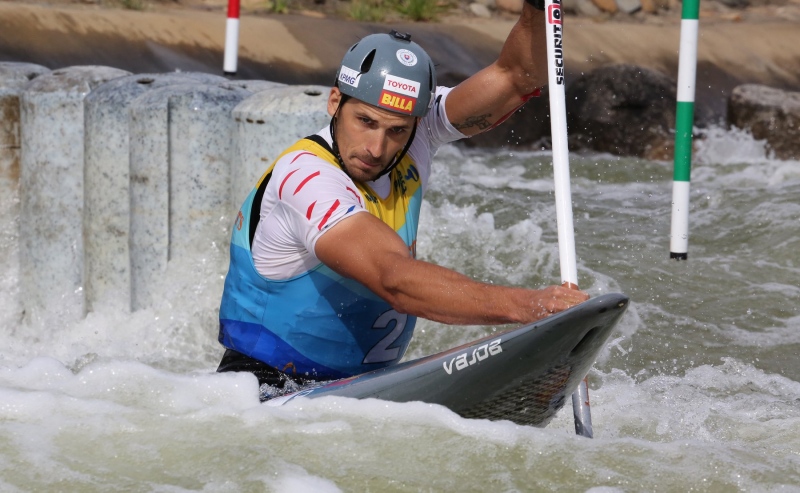 The waiting for the first start in new season has ended. More than four-months-long break between competitions is over for Matej Beňuš. He has started 2018 the same way he finished 2017. On Saturday, at Australian Open in Penrith, where he has been preparing for new season for more than two weeks now, he finished second among strong competition. He achieved the same result in the same place and at the same competition last year.

The silver Olympic medallist from Rio de Janeiro 2016 won the C1 first qualification on Friday, finished fourth in the semifinals on Saturday, and fell second behind Denis Gargaud Chanut from France in the finals. ”I gave myself a long break after last season and I was without paddling for about three months. I was working mostly on my fitness condition, so I was looking forward to the competition and to the new season. The track was good and technically demanding. I succeeded especially in the qualifications, but I am not very satisfied with semifinals and finals, there were things I could do better. It seems that second place is my destiny. Anyway, placing at the winner’s platform is always good. Moreover, it is a good start to new season,“ said Matej after the competition.

Matej Beňuš is preparing in Australia for the demanding season with a few important events. The first event are the European Championships taking place in Prague in June, then five-parts series of the World Cup including a stop in Liptovský Mikuláš, and at the end of the season there will be World Championships at Brazilian’s Olympic channel in Rio de Janeiro, where Matej achieved the Olympic silver medal in August 2016.