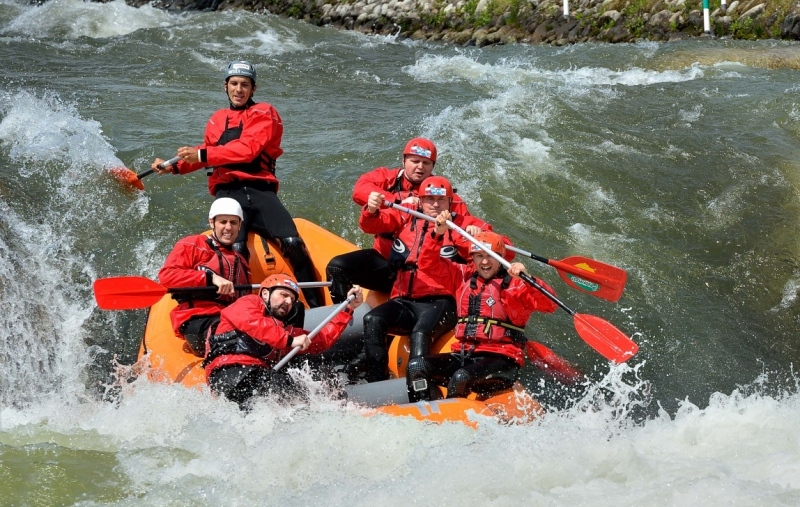 A fresh wind and jagged sun accompanied the first days of May. Quite different conditions from those Matej Beňuš used in exotic Rio. He had last race in late February in Australia, and so he has missed the competitive adrenaline yet. Therefore slalom race rafting in Čunovo, organized by Japanese carmaker Toyota, came quite handy. And it was a change, to take on board other contestants. ,,It's definitely different than when I'm alone, but sometimes it is a good change," smiled Matej. He enjoyed with his crew the next victory.

Matej returned shortly before the event in Čunovo from another training in Rio de Janeiro. ,,The canoe slalom competitors are neither swimmers nor shooters who have basically always the same conditions for their sport, the water in the area is constantly changing, every moment pulsates otherwise. We need to test this and find treacherous stretches of track. Moreover, everything will depend on where the setters placed goals. That is why we go to Brazil still in June and in July after the World Cup," explained he his South American stays backstage. ,,This season is specific for me in that a lot of traveling and less competitions. The nearest competition I will have in mid-May at the European Championships in Liptovský Mikuláš. "

,,I want reach there a good result. My biggest advantage is, that i don´t have to fight for an Olympic seat reservation. I feel fine, because in Liptovský Mikuláš is at these events always great atmosphere," says ward of Juraj Minčík. On the concentration before the championships takes Matej the whole family which had also come to support him in Čunovo. Wife Ivana alternately tooks care of the sons Simon and Tobiáš.